DevOps means a lot of different things to different people. A few take it as "Operations and Development Collaboration", and a few take it as "Code as Infrastructure" or "Culture". The term "DevOps" has emerged from the collision of two major trends- "Agile Infrastructure/Operations" and understanding the value of “collaboration between Operations and Developers”, throughout the development life cycle.

Some important interview questions on DevOps:

DevOps is a transformational development strategy that is adopted to remove the clumsiness between traditional development and operations. Without sacrificing the quality of the product delivered, it seeks for an increased speed of application delivery. DevOps removes development constraints, implements automation and creates a feedback loop from operations to the development team. In simple terms, DevOps is a mindset to deliver applications quickly with no compromise in quality.

3 Pillars to support the principles of DevOps Development:

2) What are the Advantages of using DevOps?

In the DevOps model, development takes place in small and frequent development cycles based on sprint size that are likely to end in two to four weeks; so that any changes in business needs can be easily incorporated into the upcoming sprint.

In the DevOps approach, much of the solution is composed using existing reusable APIs, reliable third party services, etc. This helps in reducing the development time by making the most of the new code, required only in integration and customization.

3) What is Extreme Programming (XP)?

Extreme Programming commonly referred to as XP is one of the most popular agile methodologies, which executes software development.  XP rules are designed to focus more on customer satisfaction.  It empowers developers to respond confidently to requirement changes through smaller iterations. XP emphasizes teamwork as managers, customers and developers work as equal partners in a collaborative team. Most of the companies use XP in their DevOps Journey.

4) What is Pair Programming?

Pair programming is one of the engineering practices of Extreme Programming rules. In this practice two programmers work on one computer, on the same design/algorithm/code/test.

One programmer acting as a “driver”, and the other acting as an “observer” who continuously watches/monitors to identify problems. Both roles can be exchanged at any point of time without any handoff.

5) What are the advantages of Pair Programming?

Pair Programming helps in raising discussions from two different points of view, which in turn help in increased understanding of code/algorithm/design/test.

6) What is Test Driven Development (TDD)?

Test Driven Development is one of the core agile and DevOps practices, which is more helpful in quick iterations and continuous integrations. In this method, test cases become the key to development process. This method ensures that problems are identified quickly, which helps manage risk elegantly.

TDD is a practice where you write code to address a failing test case. It is not only considered as a testing methodology, but also as a design and development methodology.

TDD starts with taking customer requirements, writing test cases and running the code against test cases. Test Cases fail as there is no code to address the test scenario; then, you write a simple code to PASS the test case.

7) What are the advantages of Test Driven Development?

As TDD first starts with the test case, the quality of code is increased as there will be one or more test cases for all the functionalities.

To know more about Test Driven Development, you can refer to-

Build is a process in which the source code is put together to verify whether it works as a single unit. In the process of build creation or generation, the source code will undergo compilation, testing, inspection and deployment. Usually, build generation process is completely automated in a way that a single command does everything.

9) What is Continuous Integration?

Continuous delivery is an important aspect to be understood when it comes to DevOps. On the path to Continuous delivery, Continuous Integration is a critical step. Continuous Integration defines when an automated build has to be generated.  CI is one of the software development practices where member of the team frequently integrates their code, which then undergoes build generation process verifying the code written by individuals. Generally, each member will integrate his/her code once in a day. Each integration is verified and tested as part of build generation process.

10) What are the benefits of Continuous Integration?

Software is deployable at any time. Having an immediate feedback mechanism helps the developers to act if there are any issues quickly.

Software quality increases as defects are prevented from being integrated.

Due to automated inspection and testing, software health can be tracked easily.

Results of the builds are published, highlighting the test cases that have failed.

Accountability of code is always recorded.

11) What are Design Patterns?

There are mainly 3 types of Design Patterns:

12) What is Component Based Development?

In the CBD approach, unlike the traditional way of development, developers look for existing well-defined, tested, and verified components to compose and assemble them into a product instead of developing it from scratch. 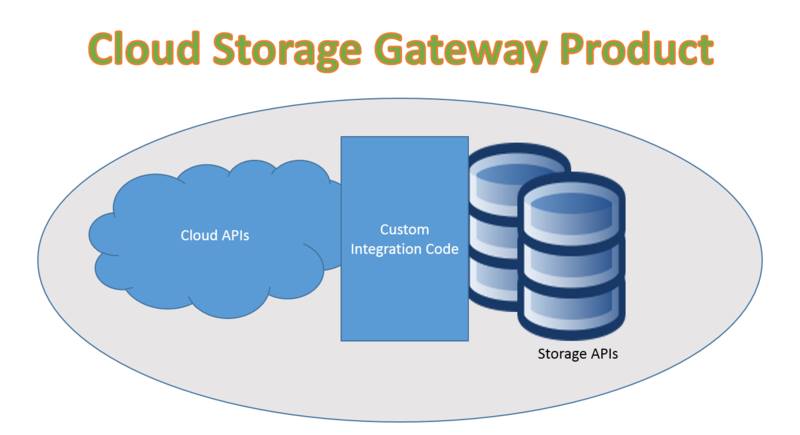 1) What is Continuous Deployment?

2) What is Blue/Green Deployment Pattern?

Blue/Green Deployment pattern addresses one of the most important challenges faced by automatic deployments; i.e., the cutover from final stage of testing to live production. Ensuring this cutover happens quickly is the best way to reduce system downtime.

In Blue/Green Deployment approach, the team first ensures two identical production environments; but, only one among them is LIVE at any given point of time.

3) What is Canary Release?

In this pattern, the team deploys the new version only to a subset of the infrastructure, where there are no user request routed. Once the team is happy with the performance tests, they start routing a selected group of users to the application. As and when they feel confident, the company can release more servers as the team also routes more user requests.

4) What are the Tools and Services available to practice DevOps?

Here are the famous DevOps tools and services; they can be categorized as follows-

1) What is the importance of Continuous Testing?

Continuous Testing actually means testing earlier across the software development life cycle by enabling ongoing testing and verification of the code; so that it ensures the code actually functions and performs as designed.

One needs to look at Continuous Testing through the lens of DevOps, creating a safety net for teams to develop, test, and release new features without compromising on quality (here are some resources to help you navigate through cloud service providers).

This can be achieved by adopting and practicing automated testing, test data management, CI, and much more.

Functional Testing mainly targets the business goals as a way of ensuring that, within the code design and features, the product meets the customer’s business requirements.

3) What are the foundational pillars of DevOps Testing?

The primary pillars of DevOps testing are:

4) What are white box and black box testing?

5) What are the types of testing frameworks available in the market?

There are four types of testing frameworks available in the market. They are-

Advantage: It is very easy and quick going.

Disadvantage: Data gets embedded in test scripts, which in turn makes it tough to maintain.

Disadvantage: There still exists tight coupling between data and scripts.

Advantage:  More flexible as both Data and Keywords can be reused across the scripts.

Disadvantage: Flexibility comes at the cost of complexity.

7) What is the Resilience Test?

Tests that ensure recovery without data and functionality loss after a failure are called Resiliency tests. Here are the examples of Resilience test tools.

Hystrix: An open source tool, which has latency and fault tolerance libraries, designed to isolate points of access to remote systems and services.

Chaos Monkey: Developed by Netflix to randomly disable parts of the system and simulate production failures.

1) What is Configuration Management?

2) What is Version Control?

Version Control is an application that keeps track of different versions of your project as well as its artifacts and components. Storing files on USB drives is not version control. People think that version control is only for code, but it's not. Every single artifact that is related to your project- source code, deployment scripts, test scripts, database scripts, documentation, libraries and configuration files, etc., is included.

There are two types of Version Control Systems:

3) What do you know about Git?

Git is a distributed version control system, it plays an important role in achieving DevOps. Git is free software distributed under the terms of GNU General Public License V2.0.

Git is a distributed version control system in which, the source code resides in the central repository server. Developers clone the entire repository onto their workstation, and create branches to modify/add new code. Once the developer is done with coding, he can commit and push the code to the central server.

Step 2: User will checkout a new branch and start adding/modifying the code. By default, git has a master branch.

Step 4: If everything is fine, user performs PUSH operation to store his changes permanently in the central repository. If the user finds anything wrong, he can correct the last commit and push the changes to the repository. 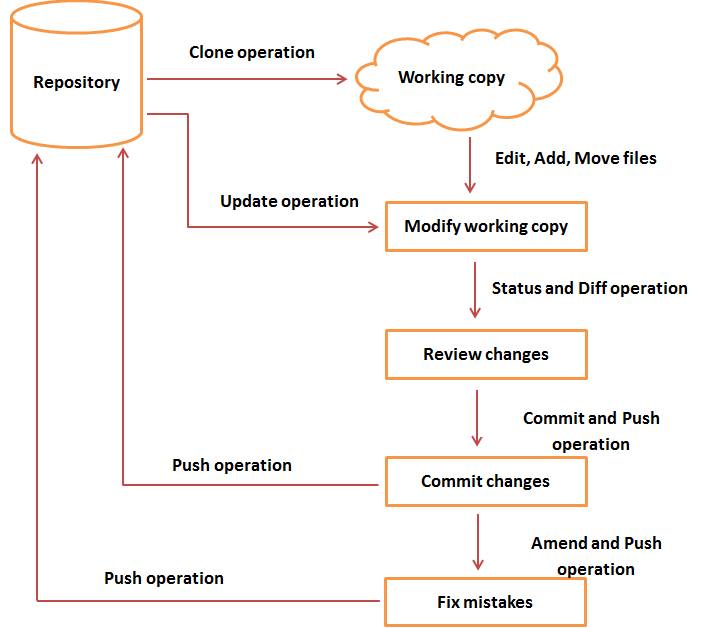 The branch is a new line of development. The purpose of creating a branch is to start adding/modifying. One can create multiple branches and switch between them.

To check out a new branch:
$] git checkout <new_branch name>

To create and checkout a new branch:
$] git checkout –b <new_branch_name>

Let’s suppose a user is working on one of the features, and suddenly a customer escalates an issue. Users may have to keep their work aside and resolve the customer’s issue as a high priority. The user cannot commit his partial code and cannot throw away his changes; in such cases, git provides a solution with stash operation. Git stash operation moves all the modified files, stages, and changes and pushes them onto a stack of unfinished changes that a user can get back at any time.

After creating a personal branch and adding and modifying files, what if the master branch is updated and your branch becomes stale? In such scenarios, one can use git rebase. Git rebases command e will replay the changes made in your local branch at the tip of the master, allowing conflicts to be resolved in the process.

9) How do you create a new repository in git?

10) How can one know the branches have already merged into the master branch?

As you know that practicing DevOps includes many tools and techniques. Interview questions will depend on what environment (Tools and Technologies) you employed in your project.