In this article, you'll find an in-depth comparison of AngularJS and the latter versions of Angular. Keep reading to know more.

What is a Framework, and Why do you need it?

A framework is an environment with a set of tools that are in the form of functions, classes, libraries, etc. With the help of this set of tools, you can develop complex applications. Or else, it will take a considerable amount of time to build such complex applications because you will have to start designing from scratch. Frameworks also help you organize the code. To develop front-end web applications, you can use frameworks like AngularJS, VUE.JS, Node.JS, etc. 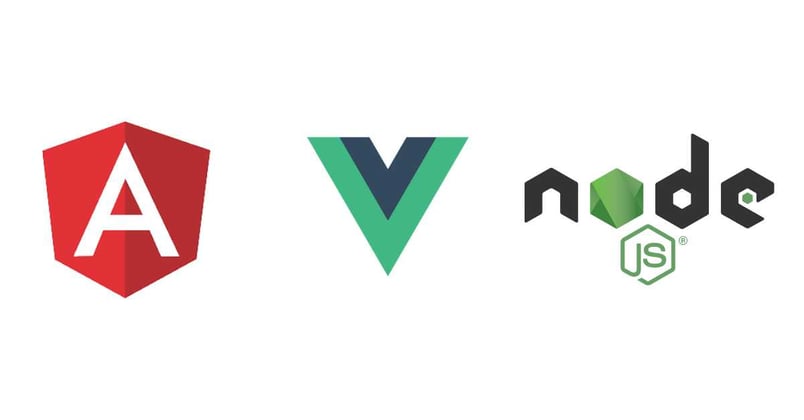 Introduced by Google in the year 2010, AngularJS is a frontend web framework based on javascript, generally used to develop Single Page Applications (SPAs). Miško Hevery, one of the Google employees, developed a side project for Google’s internal projects, which helped him to build web applications quickly. Hence, the side project later released as AngularJS.

AngularJS has made developers' life easy by introducing many powerful features such as;

These powerful features support in the development of single-page applications.

From AngularJS to Angular X

Though AngularJS introduced many features to develop single-page applications, it started to stay behind as and when new advancements in javascript emerged. For example, the elimination of a colossal bundle size when compared to other libraries, which leads to performance issues. One of Google’s competitors introduced ReactJS with better performance than angular, and that highlighted the drawbacks of AngularJS.  Therefore, Google had to rewrite the framework altogether due to imperfections. That is how Angular 2 has come into existence.

Angular X is a Typescript based frontend web framework. It is a complete rewrite of its previous version which is AngularJS. The difference between AngularJS and Angular 2 is so high that to update an AngularJS project to its next version (Angular 2) is quite not possible.  Moreover, it needs to be rewritten entirely in Angular 2. From there, onwards Google decided to launch a new version of Angular for every six months which has some minor upgradations (but not a complete rewrite). Here is a list of all versions of Angular till date;

Many companies are using angular X as it benefits the developers for many reasons such as:

Angular X is a complete rewrite of AngularJS. Angular and AngularJS are two different frameworks. Therefore, if someone wants to learn, one has to learn two separate frameworks. However, the differences between Angular 2 and other versions like Angular 4/5/6/7/8 are not major ones. As the concepts introduced in Angular 2 are the same as its next versions. So, when it comes to learning a version (above 2) is almost the same as learning the next version. 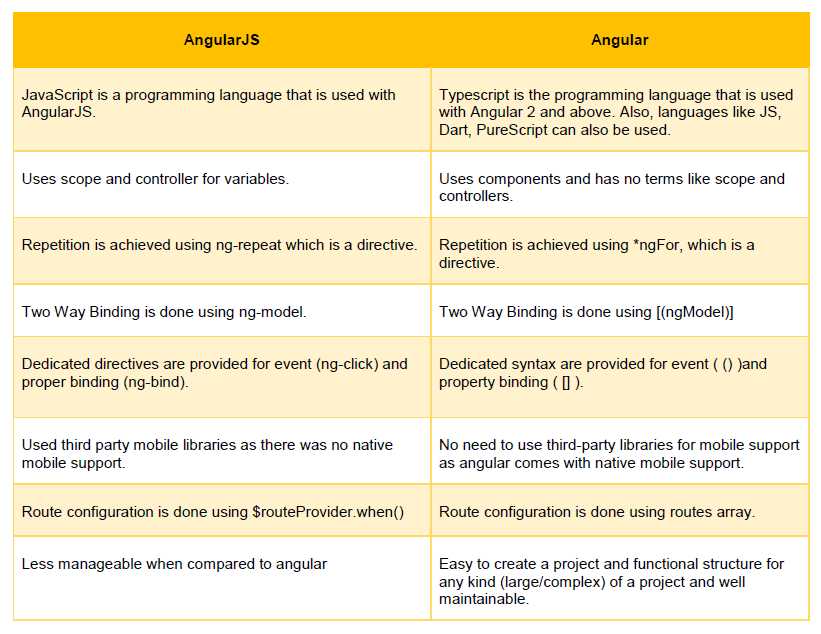 AngularJS: architecture is based on the traditional Model View and Controller (MVC) pattern. Where,

Angular X: architecture is based on modules and components. Every application created or developed in Angular X has at least one module and a component inside it. As per the requirement, you can have as many components as needed and can be modularized. A component can be described as a section on a browser that has its own view/template and an associated class which handles business logic. Here is the architectural image; 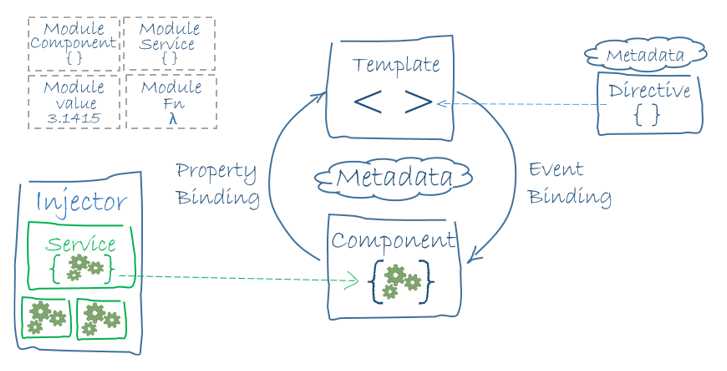 One of the advantages of working with AngularJS and Angular is that they provide the dependent object whenever there is a need.
AngularJS: uses a subsystem called Injector that takes the responsibility of injecting the dependencies that are required. Dependencies like Services, Filters, and Directives can be injected using the Factory Method, here is how the DI is performed in AngularJS,

Angular X: also has Dependency Injection but with a different pattern. To manage the dependency injection in angular, a decorator typescript class @NgModule is used that takes a metadata object having arrays like;
(i) declarations: lists all the components, directives, pipes
(ii) imports: lists all the other modules (angular provided and user-created)
(iii) providers: lists all the services that are used to either pass information from one component to another or to interact with a web service.
(iv) bootstrap: holds the component from which the application starts.
Here is an example,

Every framework (like AngularJS and Angular X) should be used with a programming language.

AngularJS: uses Javascript as its programming language. Javascript is a Dynamic Typed Language and is more prone to errors at runtime.

Angular X: uses typescript, which is a superset of javascript and gets transpiled to javascript. Typescript is an optional Static Typed Language. The advantage of making typescript into static typed language is that it can avoid compile-time errors. This typescript is famous for its Object-Oriented concepts like Classes and Interfaces that make any Object-Oriented Programmer use it with great comfort.

There are a number of frameworks in the market that helps in developing single-page applications. However, Angular is surely one of the most popular frameworks that catch every developers or organizations eye because of three important factors; reusable code, mature component library and supportive community.