''Data Analyst' is one of the most in-demand and heavily-relied upon roles in 2022 and will continue to be so for the foreseeable future. If you have a strong foothold in Statistics, Math, and Computer Science there is no question that you have what it takes to become a data analyst!

If you are preparing for your entry-level Data Analyst interview, here are some important interview questions.

Q1. What does the process of data analysis entail?

The process involves the following steps: 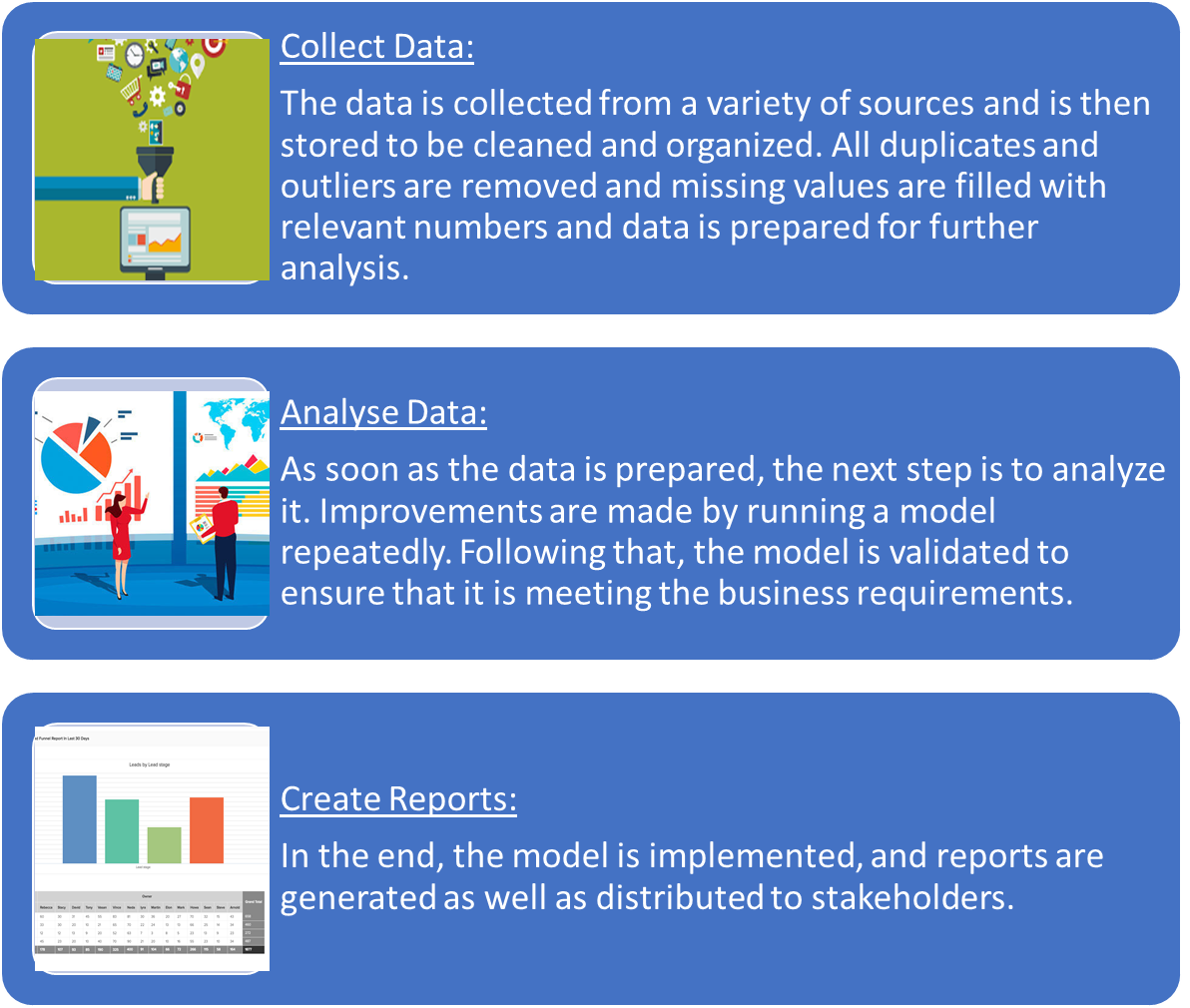 Q2 What are the key skills required for becoming a Data Analyst?

To become a data analyst, one needs to be well versed with:

Q3 What are the key skills required for becoming a Data Analyst?

To become a data analyst, one needs to be well versed with:

Data visualization is the graphical representation of information and data. It is a smart wat to view and analyze data in such a way that even non-data-savvy people can also understand the key insights. The visual elements in Data Science include diagrams, charts, and maps. These elements enable users to easily see and understand trends, patterns, and outliers. Tools such as Tableau, Wrapper, Microsoft Power BI, Google Charts, etc, can be used for data visualization purposes.

Q5 What are the different challenges one faces during data analysis?

A Data Analyst can encounter the following issues while analyzing data:

Q6 Define Outlier. What are the different methods to detect outliers?

Ans. An outlier is a value that appears to be far removed and divergent from a set pattern in a sample (reference image). There are two methods one can employ to detect outliers: 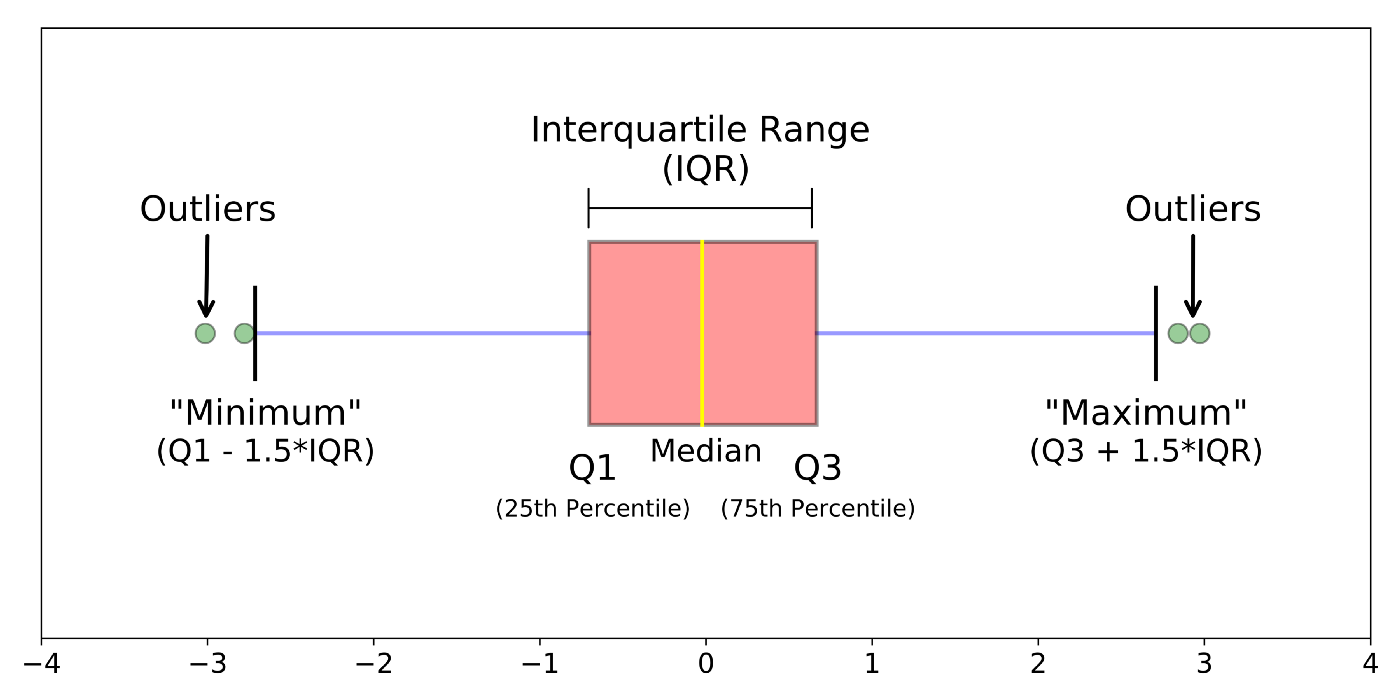 Q7 Name the statistical methods that are highly beneficial for data analysts?

Ans. Gaussian distribution, otherwise called Normal distribution, refers to a continuous probability distribution where values lie symmetrically and are mostly located around the mean. It plays a key role in statistics and forms the basis of Machine Learning. It defines and measures how the values of a variable are distributed, that is, how the values differ in their means and standard deviations. 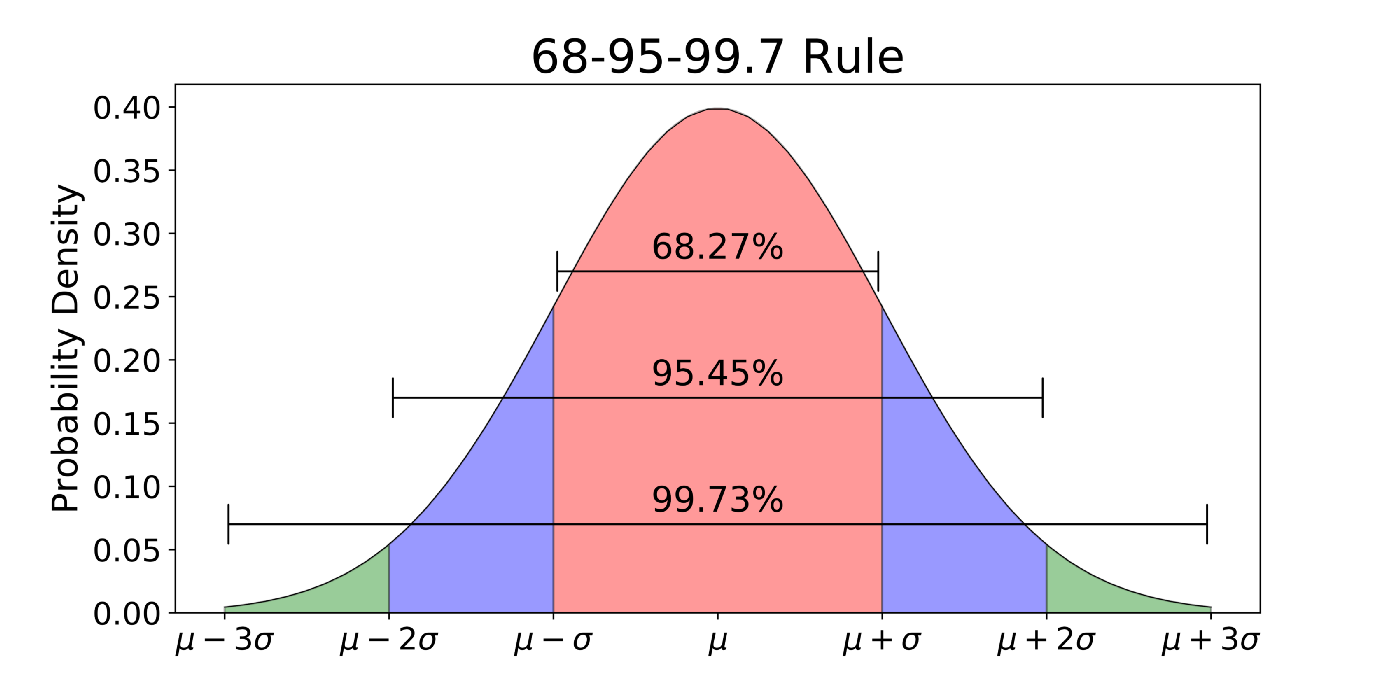 Q9 What are linear regression and logistic regression?

Ans. Linear regression is a form of statistical technique in which the score of a dependent variable ‘Y’ is predicted on the basis of the score of a second variable X, referred to as the predictor variable. The Y variable is also called the criterion variable.

Q10. What do you mean by collisions in a hash table? Explain the ways to avoid it.

Ans. Hash table collisions are typically caused when two keys have the same index. As two elements cannot share the same slot in an array, collisions result in a problem.

You can use the following methods to avoid such collisions:

Q11. What are lambda functions in python?

Ans. In Python language, a lambda function also referred to as an  ‘Anonymous’ function is similar to other functions in python but can be defined without a name. Even though a lambda function can take any number of arguments, it can only have one expression. Lambda keywords are used to define these functions.

The syntax for the lambda function is as below:

Here is an example of using the lambda function that returns the product of two variables:

Q12. What is functional programming in Python? Briefly explain the concepts of Map, Filter, and Reduce functions in Python.

Map, filter, and reduce are functions that help us handle all kinds of data collections. These functions are leveraged in modern technologies such as Spark and various other storage and data manipulation frameworks. But they can also be very powerful helpers when working with pure Python language.

Map function: applies a function to all the items in an input_list. Here’s the syntax:

Filter function: creates a list of elements for which a function returns true. Syntax:

Q13. List some of the Python libraries used by Data Analysts.

Q14. What is the difference between DDL and DML in SQL?

Ans. Structured Query Language(SQL) is a database language that is used to perform certain operations on the existing database. This language is also used to create a database. SQL uses commands like Insert, Create, Drop, and so on, to carry out the required tasks.

DROP: This command is used to delete objects from the database.

ALTER: This is used to alter the structure of the database.

INSERT: This command helps you insert data into a table.

UPDATE: It is used to update existing data within a table.

DELETE : This command is used when you need to delete records from a database table.

Q15: What is a database management system and specifically comment on RDBMS.

Ans. A database is a collection of related data which represents a few aspects of the real world. A database system is designed to be populated by data for a particular task. A Database Management System (DBMS) is a software that stores and retrieves users’ data in accordance with the right security measures. It constitutes a set of programs that can manipulate the database. This system accepts the request for data from an application and provides instructions to the OS to provide the specific data.

An RDBMS is a DBMS specifically designed for relational databases. A relational database stores data in a structured format, that is, using rows and columns. Accessing and locating specific values within this database is therefore easy. It is called a "relational database" because the values in each table are related to each other. Tables may also have relations with other tables. This relational structure enables us to run queries across multiple tables in one go.

Q16:  What is a WHERE clause and a HAVING clause in SQL?

Ans. WHERE Clause in SQL is used to either filter the records from the table or can also be used while joining more than one table. Only those records will be extracted that satisfy the specified condition in the WHERE clause. This clause can be used with SELECT, UPDATE, and DELETE statements.

Q17:  Discuss the different types of joins in SQL.

Ans. A SQL join is an instruction used within the SQL (Structured Query Language) to merge data from two different tables on a key. There are 4 ways to join this data together: inner join, full join, left join, or right join.

A full join lists down all records from both the tables, whether the records have a match in the other table or not.

A right join will return all records from the right table and any matching records in the left table. 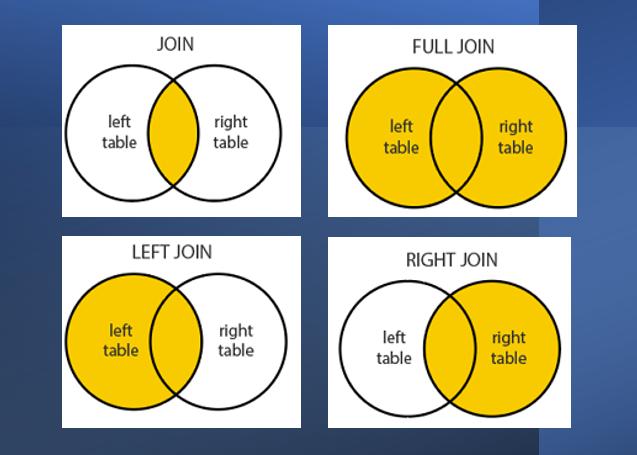 Q18. What is Normalization and what are its various forms?

Ans. Normalization refers to the process of organizing structured data in the database. The process includes the creation of tables, establishing relationships between the tables, and defining rules for the relationships. These rules will help you keep the inconsistency and redundancy in check based on these rules, thus adding flexibility to the database.

Q20 What are the differences between OLTP and OLAP?

Ans. OLTP or Online Transaction Processing is a software application class that is capable of supporting transaction-oriented programs. An important attribute of an OLTP system is its ability to maintain concurrency. These systems follow a decentralized architecture to do away with single points of failure. These systems are generally designed for a large audience of end-users who conduct short transactions. Queries involved in these kinds of databases are simple, require fast response times, and return comparatively few records. A number of transactions per second is an effective measure for these systems.

OLAP or Online Analytical Processing is a class of software programs that are characterized by the relatively low frequency of online transactions. Queries are very often too complicated and include a bunch of aggregations. For OLAP systems, the effectiveness measure relies highly on response time. These systems are used for data mining or maintaining aggregated, historical data within multi-dimensional schemas.

There's a lot of confusion when it comes to data analysis and what you can do to break into this field. This is why right guidance and mentorship matter in this domain. If you are looking forward to building your career in Data Analysis, join OdinSchool's Data Science Bootcamp. The Bootcamp is up-to-date, hands-on, led by industry experts, and comes with placement assistance!