Blog
Data Science
What is a Data Structure?

What is a Data Structure?

A data structure is a set of data values and the relationships that exist between them. Read more about the same in this blog.

In today's competitive and challenging world, data is one of the most powerful tools available to any business or organization that wants to survive and rise to the top. The more information available, the more options and better solutions to problems and obstacles become available.

However, this data comes with some essential requirements, including keeping the information organized and accessible. All the data in the world will only help a business if it can access it and convert it into an actionable asset.

The data structure is the main part of computer science algorithms by which programmers can handle data well. It plays a vital role in improving the performance of the program or software.

What is Data Structure?

The data structure is a way to store and organize data in a computer system so that we can use the data easily.

Its main operations are given below:-

There are two types of data structures:

There are two types of non-primitive data structures:-

Applications of non-linear data structures are in Artificial Intelligence and image processing.

Classification Of Data Structure at a glance

An array is a static data structure i.e. we can allocate memory only at compile time and cannot change it at run-time.

Arrays that contain only one subscript are called one-dimensional arrays. It is used to store data in linear form.

The arrays which contain more than two subscripts are called Muti-dimensional arrays.

There are three types of linked lists:-

In this, the last node is kept containing the address of the first node i.e. the first and last nodes are adjacent.

There are two types of circular linked lists: 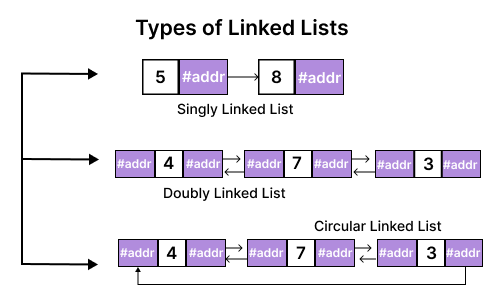 Following are the operations performed in Queue:-

Enqueue – When we add an item or element to the queue, then that operation is called enqueue.

Dequeue – When we delete an item from the queue, then that operation is called dequeue.

Peek – This operation is used to get the front element of the queue, and the element is not deleted in it.

It is four types, which are given below.

2. Circular Queue – In this, all the nodes are presented as a circle. In this, the last element is associated with the first element. It is also called a ring buffer. In the Circular Queue, the item is added from the rear end and removed from the front end.

4. Dequeue – The full form of a Dequeue is a double-ended queue. Dequeue is a data structure in which we can add and remove items from both the front and rear ends. 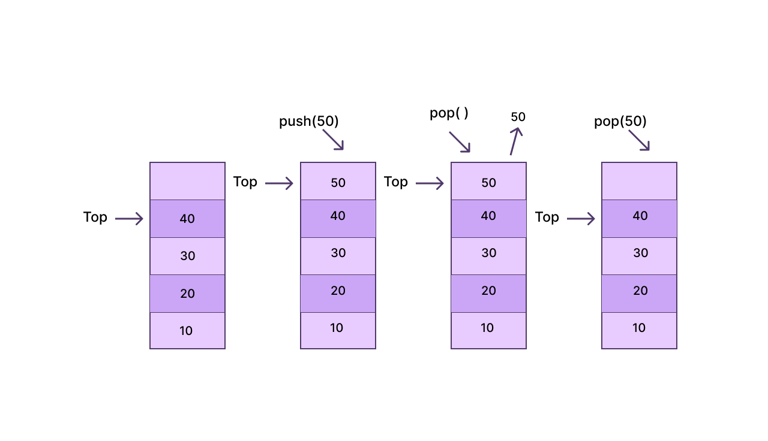 The following operations are performed in the stack:

push() – When the item is inserted in the stack, it is called a push operation, and if the stack is full, there is an overflow condition.

pop() – When an item is deleted from the stack, then this operation is called pop operation. If the stack is empty, then an underflow condition occurs.

isEmpty() – This operation tells whether the stack is empty or not.

isFull() – This operation tells whether the stack is full or not.

peek() – it returns the element at the given position,

count() – It returns the total number of elements present in the stack.

change() – It changes the element at the given position.

display() – It prints all the elements present in the stack.

The process of generating a fixed length value or key from a set of characters is called hashing. In this process of hashing, a mathematical function is used to generate the value or key.

Or in other words, "the hash value is created by applying a hashing algorithm to the message or data."

We can easily understand hashing with the help of the example:-

Suppose Sidhu sends a message to Simran, then the hash value for this message is generated and encrypted, and this hash value is sent along with the message. When Simran receives this message, he decrypts this message as well as the hash.

After this, Simran generates another hash from the message; if both these hashes are the same, then only secure transmission will be possible.

We can easily understand the data structure graph on the basis of the following points:-

2. Graph is a group of vertices(node). One vertex is connected with another vertex, and the connection between two vertexes is called the edge. The edge acts as a communication link between two nodes.

The graph does not have the direction of the edges; that is, there is no arrow mark in it. It is called an Undirected graph. 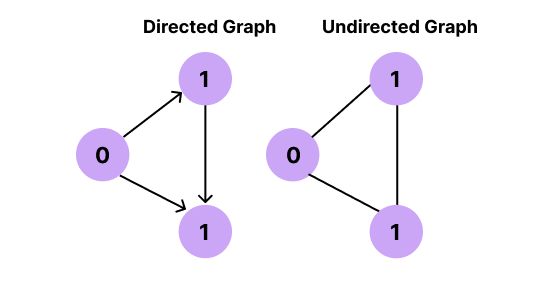 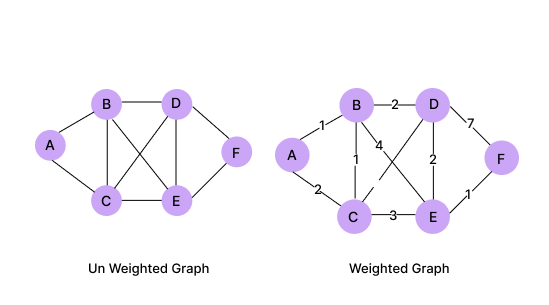 Structure of a Tree 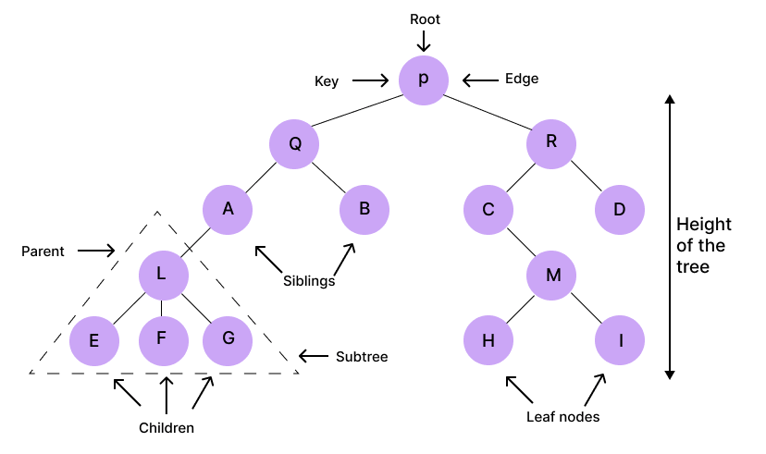 In the data structure, there are the following types of Tree:

General Tree – A tree in which a node can have either zero child nodes or can have many child nodes. This type of tree is called a general tree.

In this, there is no restriction on child nodes. The topmost node of this tree is called the root node, and it can have many sub-trees.

The topmost node in a binary tree is called the root node and has only two sub-trees: the right and left.

Binary Search Tree – Binary search tree is a non-linear data structure in which a node is associated with many nodes. It is a binary tree based on a node.

AVL tree – This is a type of binary tree. It is also called a self-balancing binary search tree. It has extra information, which is called the balance factor.

B-tree – A B-tree is an M-Way (multi-way) tree specially designed for use in disks. A ‘B-tree’ is called a balanced tree.

Data structures are used in various fields, such as

Data is the fuel that drives today's commerce engines, and data scientists are in high demand. Since 2012, the demand for data scientists has increased by 650%, and this trend is expected to continue. The data scientist profession is still one of the hottest IT careers today, and you can now get in on the action.

Apply now to launch your career to new heights!